Please note: This page is adapted from something I originally wrote at Videogamesage. You can view the original document here. Edits have been made for clarity and as new information has been discovered. 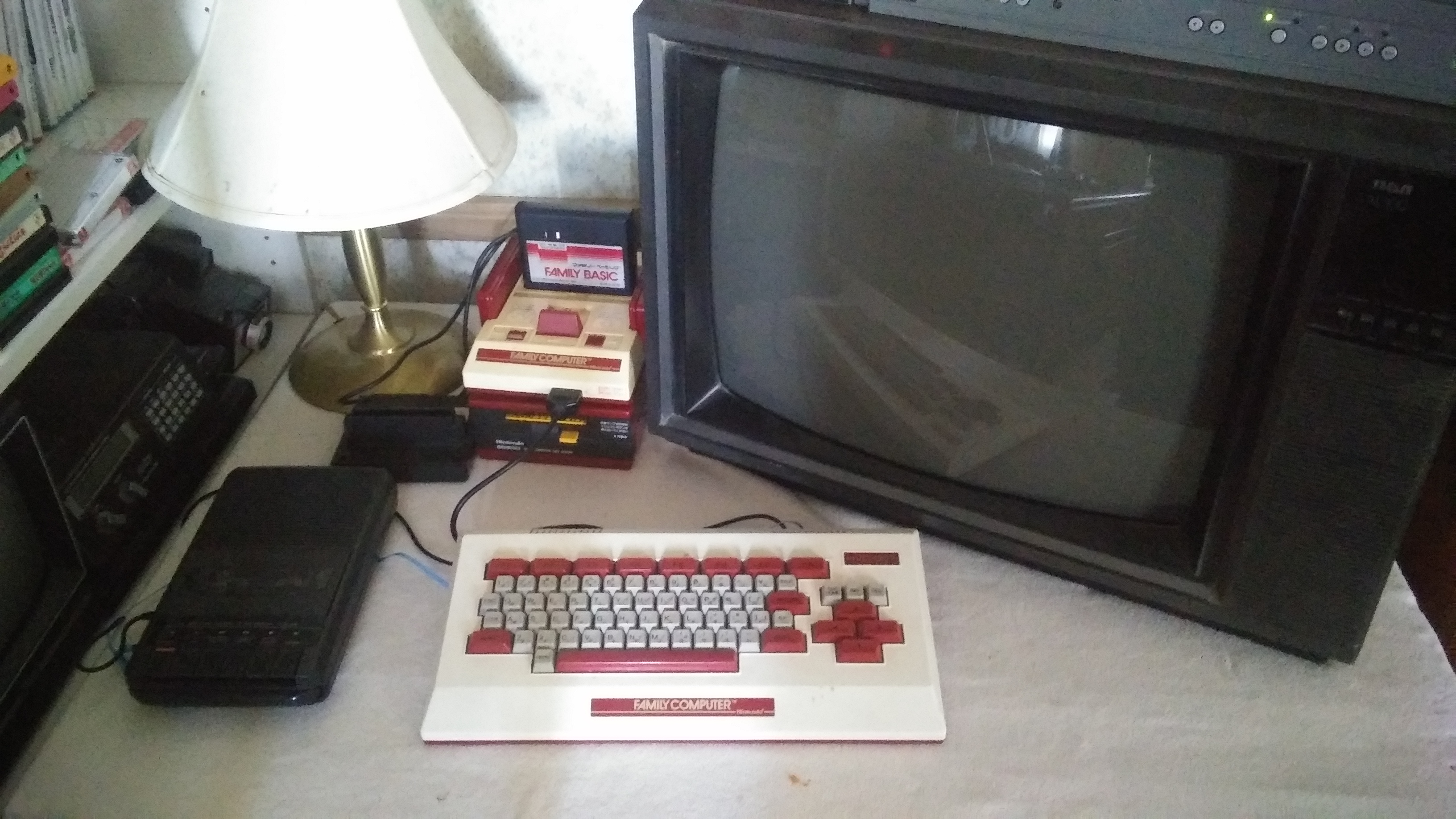 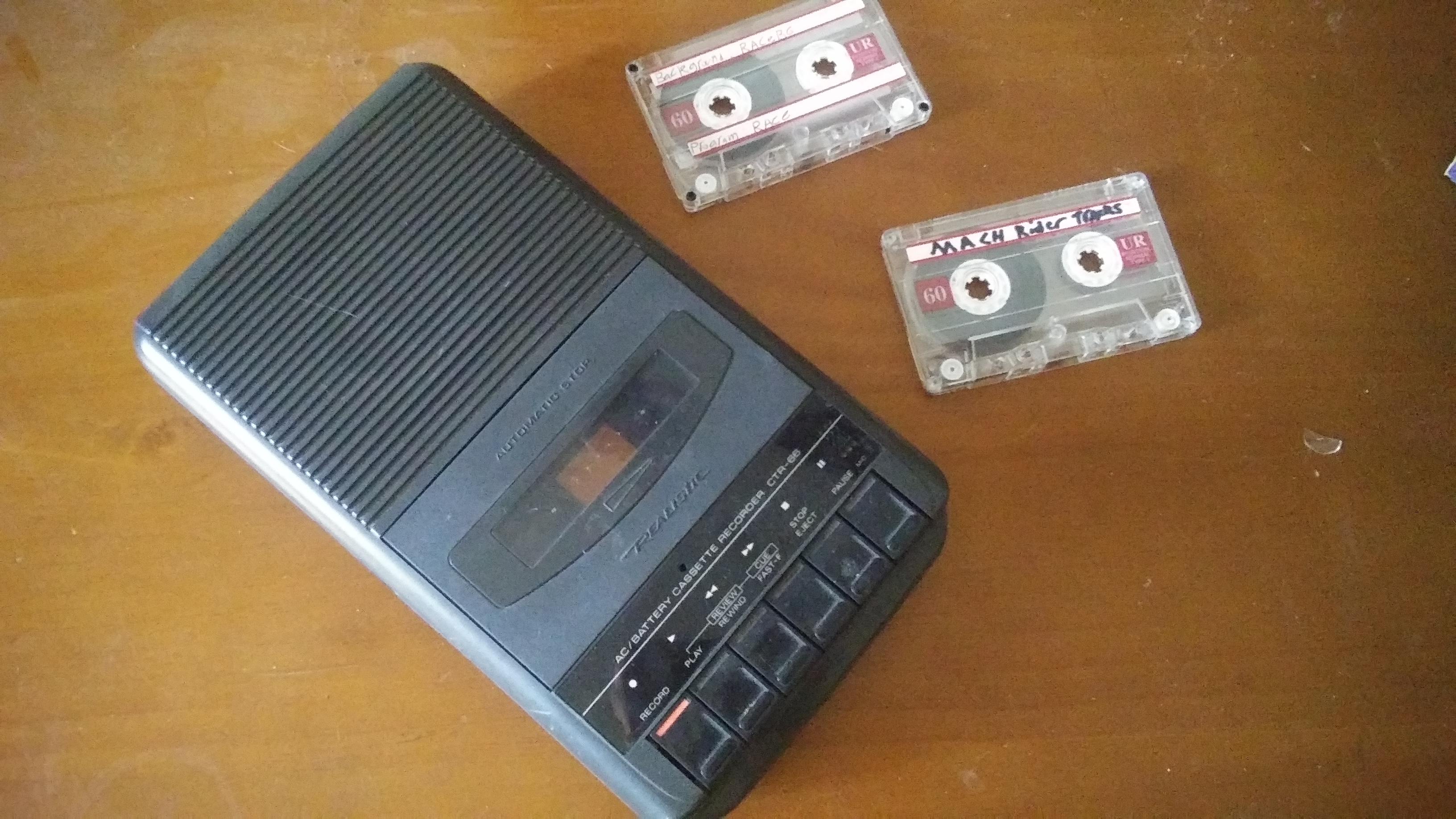 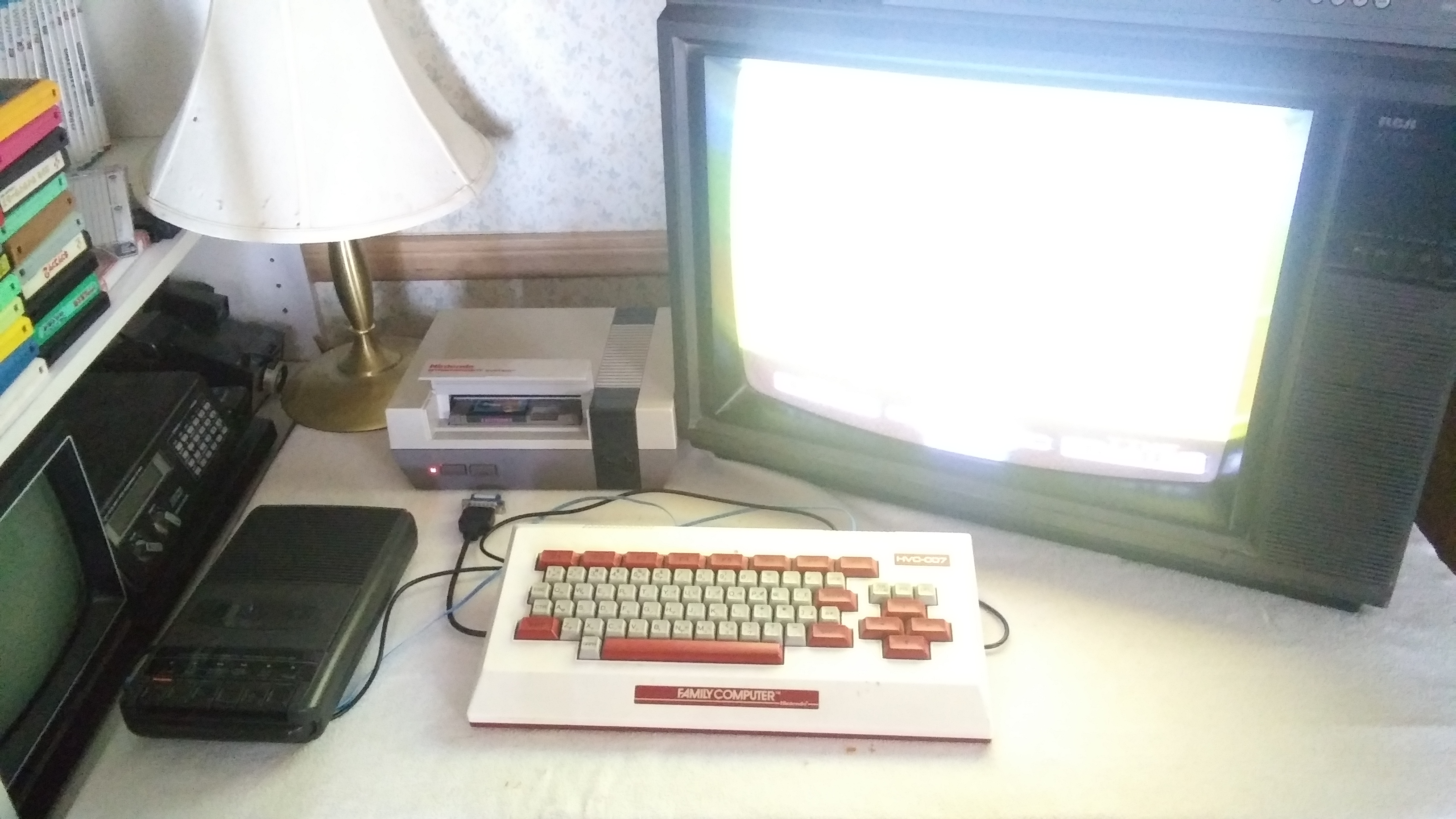 
The Famicom Data Recorder was a device for the original Japanese Famicom that enabled players to save and load user made data in games. Kinda like a wierd precurser to Memory Cards. Unlike the Famicom Disk System, which used a proprietary disk drive, this is just a tape recorder and there's no special hardware inside. It hooks up to your Famicom through the Family Keyboard, a peripheheral that was released alongside Family BASIC. The keyboard had two 3.5mm audio interface jacks. One was for input, and the other was for output. You can plug the Famicom Data Record to in these.


When you save a game, you're telling the Famicom to send audio data to the cassette tape. When you load a game, you telling the Famicom to listen for audio data. You can listen to this data if you'd like, but it sounds like crap. Because the keyboard has non proprietary ports, you can use any audio device you want. Smartphones, computers, or any tape recorder. The cassette deck seen above is what I use. I wholly recommend using tape players. Smartphones and computers tend to equalize recordings, and this leads to issues when trying to load.


Famicom Data Recorder (henceforth refered to as FDC) works with 7 Japanese Famicom titles. Those are Family BASIC, Excitebike, Arkanoid II,aa Wrecking Crew, Mach Rider, Lode Runner, and Castle Excellent. Wikipedia claims that Nuts & Milk also has compatability. I cannot figure out how to access it, and from the looks of things, this appears to be false.


In the United States, support was left in Mach Rider, Excitebike, and Wrecking Crew. No accessory was ever released in the west to enable access to these features. That being said, FDC support can be added to any NES console with this circuit, bypassing the need for a Family Keyboard. You can also hook the Keyboard up to your NES. We'll get into that in a bit. 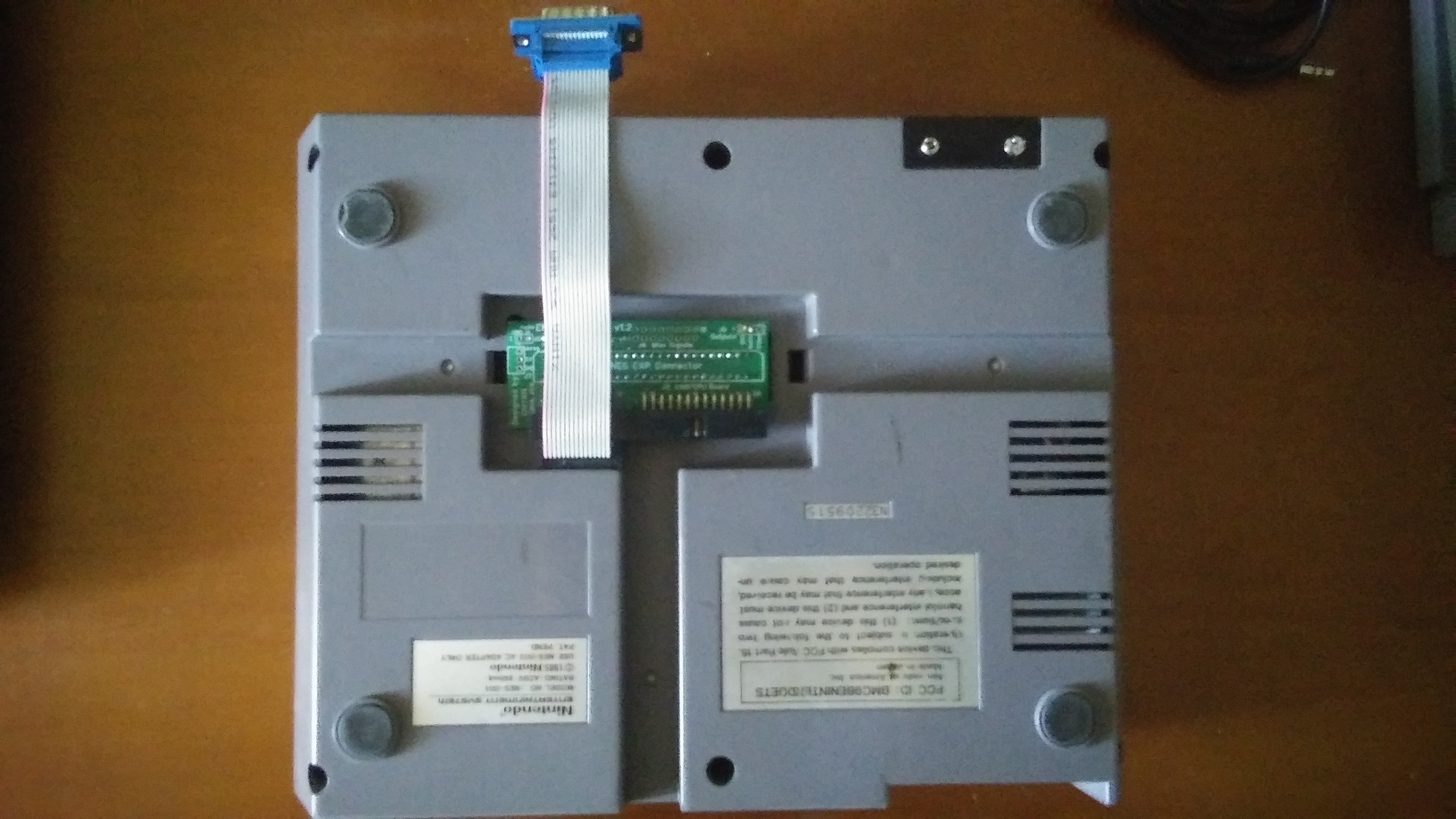 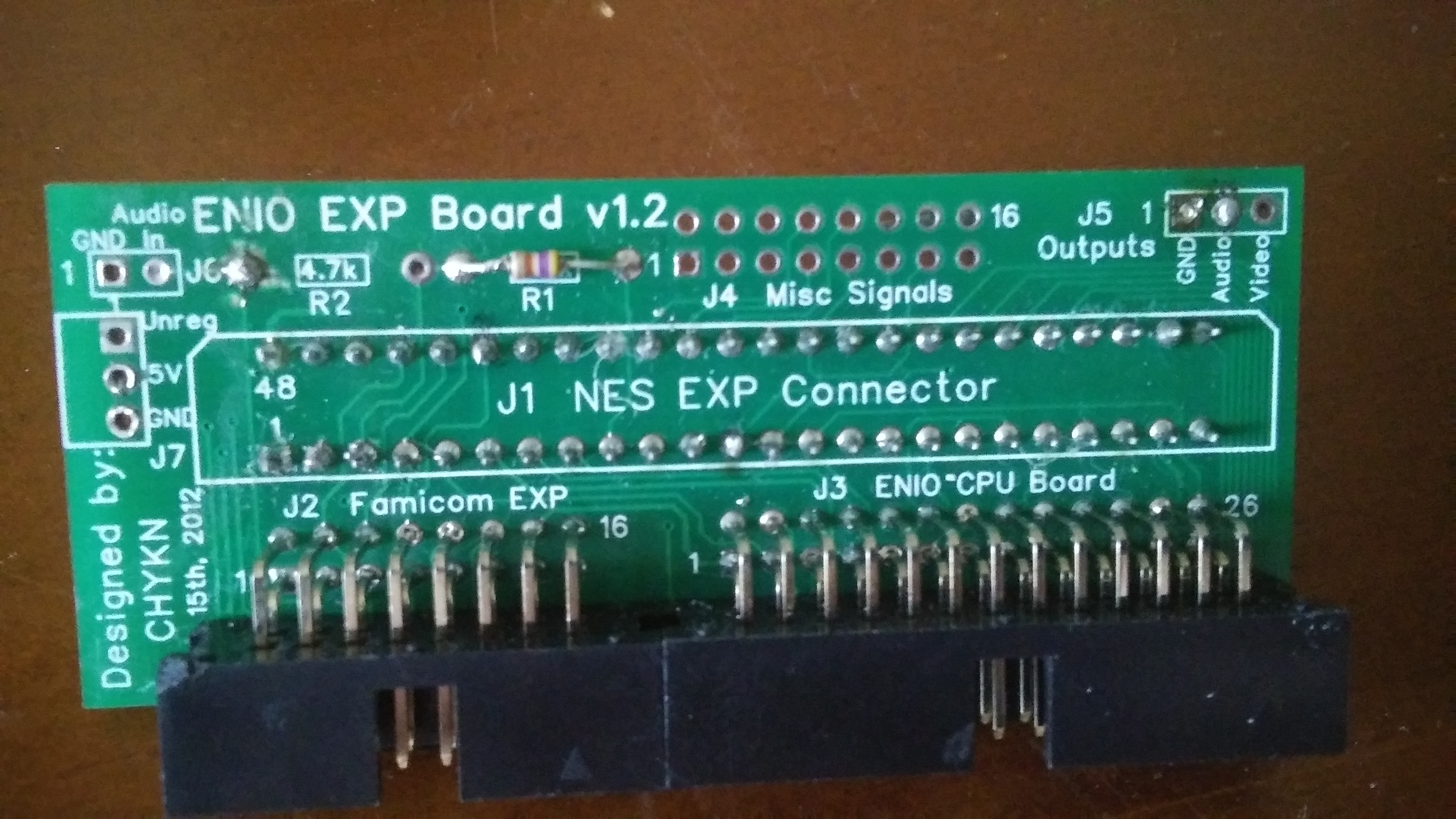 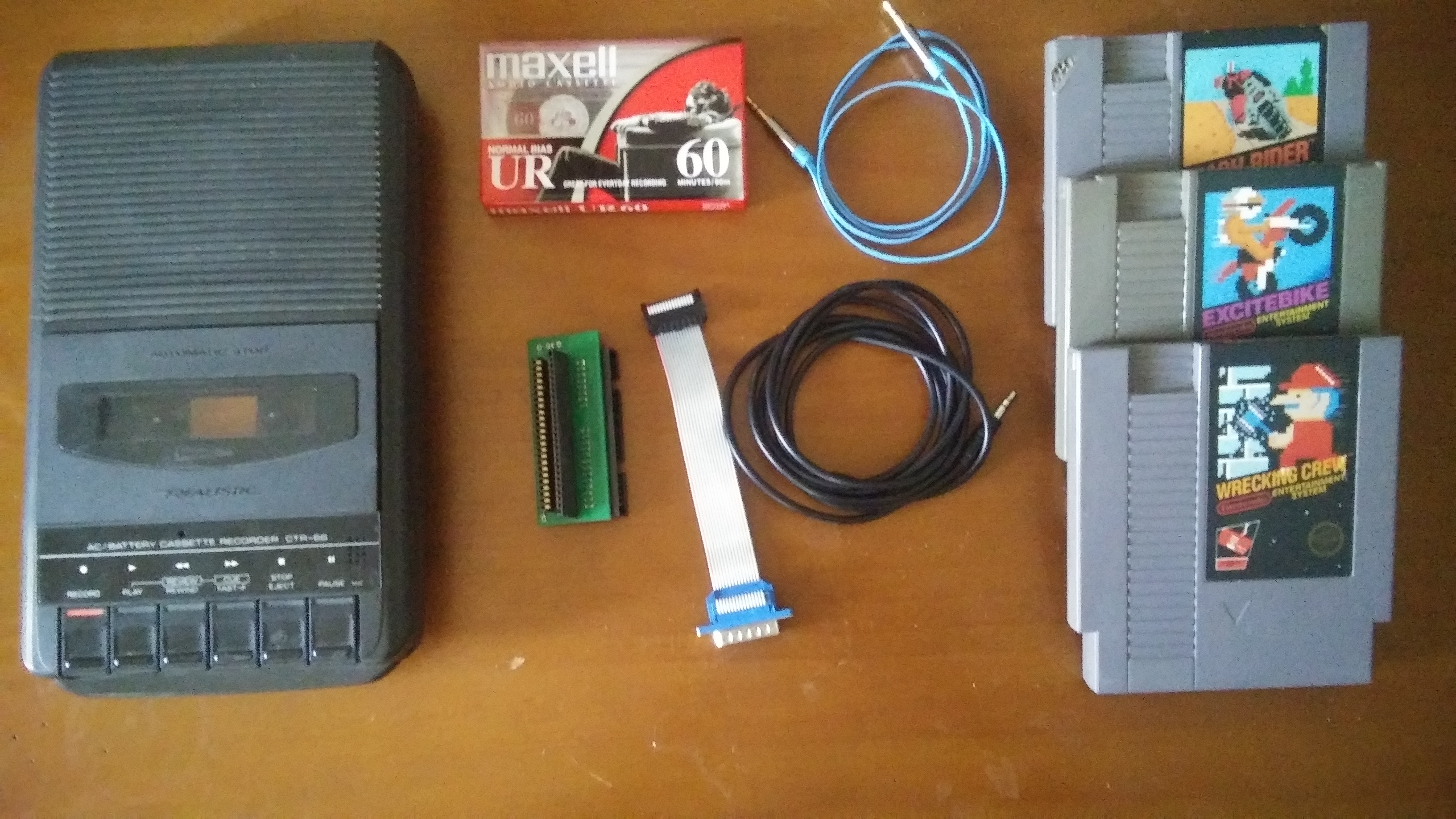 As mentioned above, you can wire up your NTSC-U NES to work with this and there are games that use it. Baring that, you can use the setup pictured above. You'll need an enio Expansion Board, as well as a Famicom Keyboard. I don't think the enio expansion board is available anymore. You're better off building the interface yourself. I've also been able to confirm that everything works with the RetroUSB AVS. I don't know about the Analogue NT, as I do not have one to test with.


PAL released games are also compatible. (same titles as NTSC-U) Testing was done using an AVS set to PAL video mode, and an Everdrive running PAL ROMs. It appears that the timing differences inherent to PAL and NTSC causes some issues. However, it does work. Between applicable Japan and US versions of games, games save and load perfectly.

A Complete List of Everything You Can Do With This


Users are able to save as much information as they’d like to any given tape. The amount of data that each tape can hold is dependent on how long the tape is.